The Vietnam-era MACV-SOG Seiko is the OG “Raider Rolex”: this is a vintage Seiko Automatic Watch 6619-8060 Vietnam SOG-MACV watch from approximately 1967.

The following information was posted by a very interesting Instagram account called Watches of Espionage (@watchesofespionage). It’s a Social Media Account That Doesn’t Suck©®TM and thus is part of the FYSA files (specifically one dealing with tactical watches) The text was taken from multiple posts and also features information from @timelymoments. It has been edited slightly for readability. Additional imagery from @niccoloy, which is also a SMATDS ©®TM.

There is something about the red “SUN” on this MACV-SOG Seiko that is really cool. I know it’s not unique to this model but I love the detail. I absolutely love this watch and the history behind it. It’s a large part of why I love the brand. History is everything. 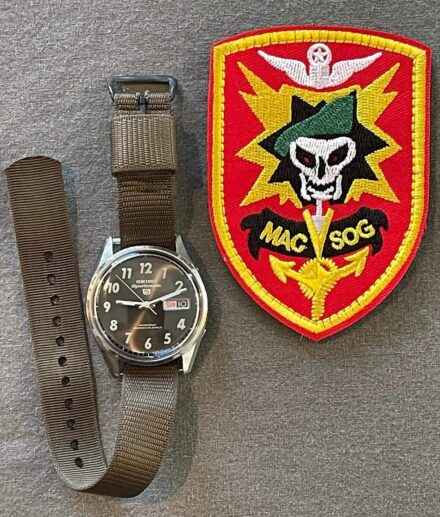 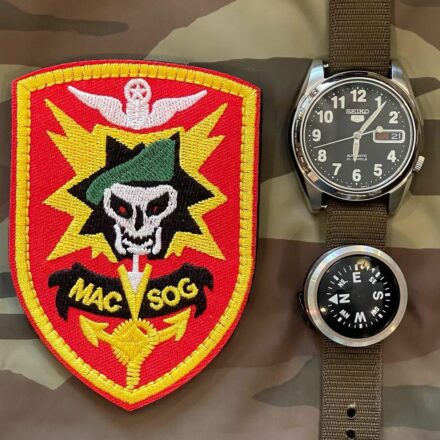 It’s smaller than most modern watches but don’t worry, the NATO and tactical compass will still signal to others that you are a man. You can even wear it on the inside of your wrist to let people know you are tactical lmfao.

Above: a modern MACV-SOG Seiko. A modern MACV-SOG Seiko. When I posted my vintage Seiko Automatic 6619-8060 from the late 1960s I was asked if a modern version exists. As far as I can tell the closest thing is this #SNK381K1. Change out the bracelet to a green NATO and add a cool-guy tactical compass and you are 98% of the way there. 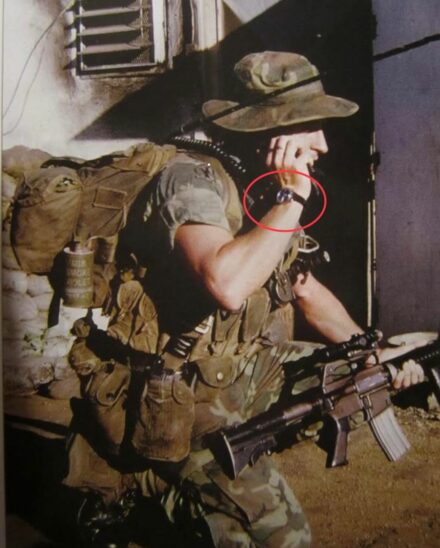 Vietnam era MACV-SOG “Raider Rolex” Seiko in the field. MACV-SOG Bobby Pruett, 1-0 RT New York, December 1971 – March 1972. I can’t tell which model this is but I’m sure some internet warriors can point it out.

Like most Seikos, it’s relatively affordable and you should be sub-$200 all in. Pretty cool watch.

The following pics and text are from @timely_moments, which may be one of the few places to have a collection containing all three SOG Seiko models. 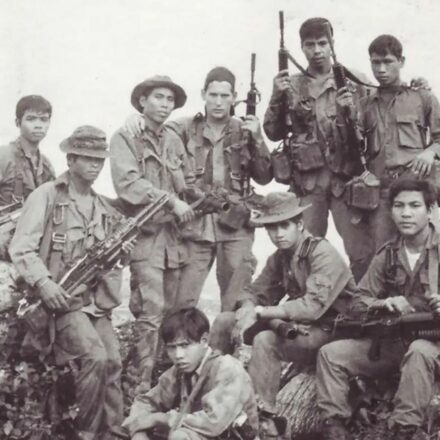 The area of operations for this unit spanned Vietnam, Cambodia, and Laos. Their mission statement was “…execute an intensified program of harassment, diversion, political pressure, the capture of prisoners, physical destruction, acquisition of intelligence, generation of propaganda, and diversion of resources, against the Democratic Republic of Vietnam.’’

Enter Conrad ‘Ben’ Baker, a gentleman whose remit was procurement. He was responsible for providing kit and equipment to the SOG Operators in order for them to carry out their operations. He took his role so seriously that if there weren’t commercially viable options, he took to creating it himself, examples being rations and the famous SOG Knives issued to MACV-SOG personnel.

Ben Baker would often travel to Vietnam and meet the teams that his equipment was being sent to; on one particular trip, it became apparent that the teams had requested the issue of Rolex watches. He is quoted as saying “at one point every team wanted 12 or 13 Rolex watches, the Oyster model I believe. They got Seiko watches instead at $6 or $8 apiece.” His reasoning for this was that they were already wearing Seiko watches so why fix what wasn’t broken.

Read more about the connection between watches and espionage.